This system design template shows how Biamp products can be used in a simple snack bar. Such systems require low level background music to be played throughout the entire bar space in mono. This needs to be fed from one of two music sources, in this case a radio tuner and SD/USB memory card. A paging mic is also included so that simple messages can be relayed regarding the availability of an order for example.

In this example, the bar is covered by two CM30DTD speakers to give full coverage and high quality sound reproduction. The two music sources and MICPAT-D paging microphone are fed to the MA60 mixing amplifier which allows for source selection and paging along with interface to the building alarm system. The integrated amplifier in the MA60 then feeds the two CM30DTD loudspeakers directly. 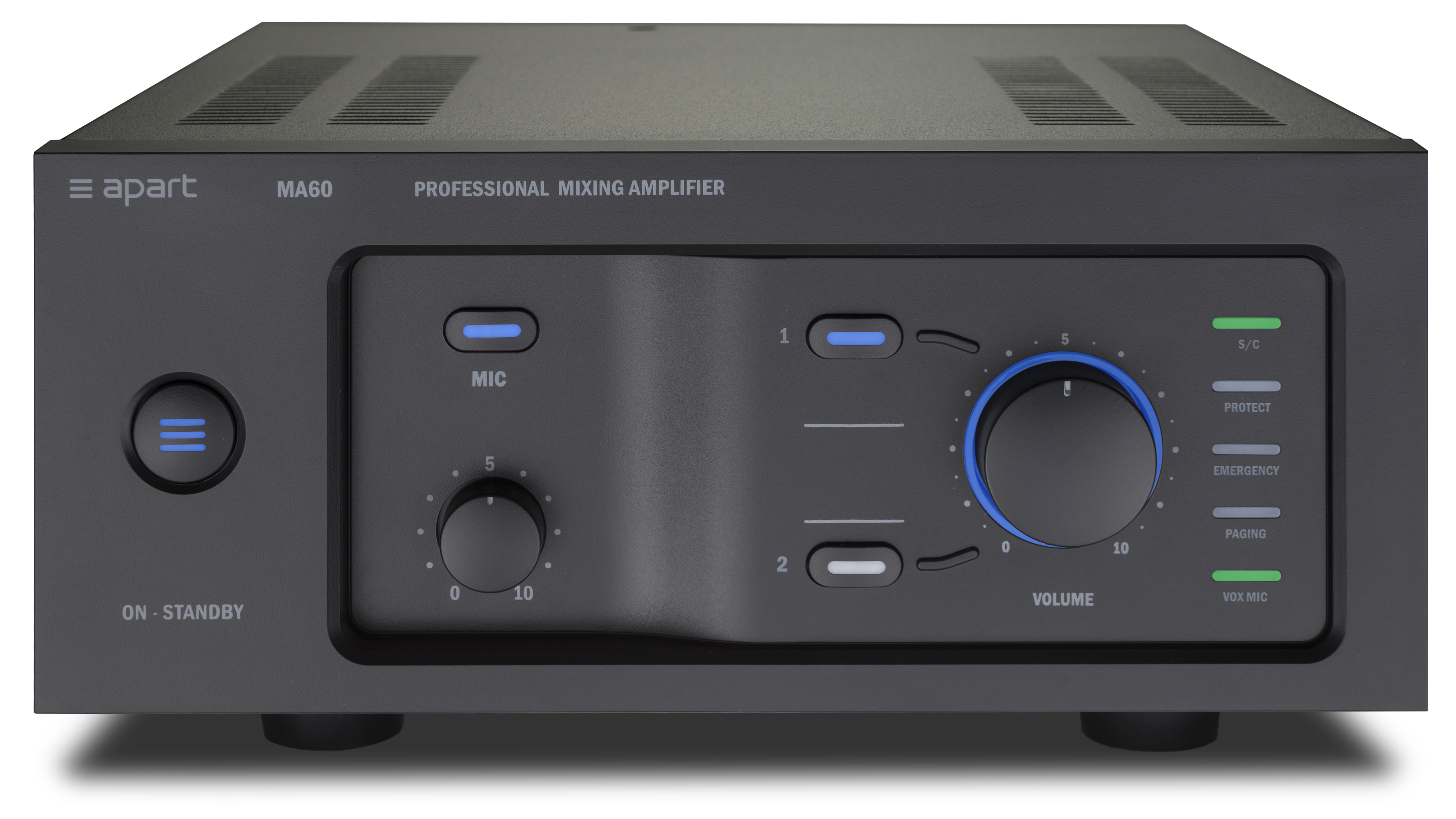